America-Is she over or is it a rebirth? 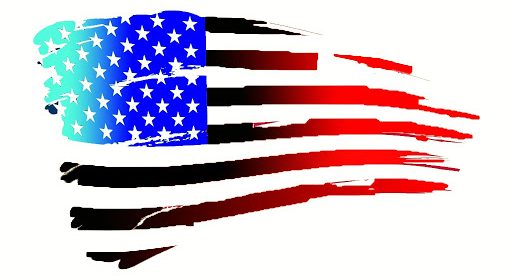 Staying Behind or Rebirth?

April 8th, 2020 is the day America chose to stay behind. Senator Bernie Sanders, our modern-day FDR has suspended his Presidential campaign which is not good for the people. Senator Sanders dropping out of the 2020 Presidential race indicates the stagnation of the same old bureaucracy of the Democratic establishment who is five decades behind on long-overdue policies fit for the 21st century and tapping into a diverse electorate which is highly educated and young.  Two times Bernie Sanders has been screwed over by the corporate Democratic establishment who has been failing their base and politically for a long-time. Sidebar: the same corporate Democrats shoving Joe Biden, are the same folks who shoved Hillary and did not support President Obama with the ACA, losing two midterms and seats in Congress in the 2012 election.

“Sidebar: the same corporate Democrats shoving Joe Biden, are the same folks who shoved Hillary and did not support President Obama with the ACA, losing two midterms and seats in Congress in 2012 election.”

The old saying doing the same thing over and over again expecting a different result is insanity, recently Rep. AOC tweeted this and it rings true this election cycle. Corporate Democrats repeating the same failing strategies in a pertinent election cycle where progressive policies need to be enacted, it’s unclear if America and the people will ever have the necessary progressive policies needed to stay the greatest nation.

Currently, amid the COVID-19 global pandemic, America and our politics are in a gray area. How does America move forward when it has chosen to stay behind with failed policies which have not kept up with the generational changes? The gray area we are experiencing is due to the awful governing of our government, not listening to the people, and the bureaucracy of the establishment minimizing progressives, yet the establishment has nothing to offer. Sidebar: when it comes to governing, no gray area should exist, it causes the turmoil which our nation and the world is currently witnessing. The rebirth of America in this gray area we are in illustrates how necessary it is to have competent leadership in all areas of our government and learn from history and apply to the current times.

“Sidebar: when it comes to governing, no gray area should exist, it causes the turmoil our nation and the world is currently witnessing.”

From personal to professional experiences we know a gray area exists, and it is often hard to navigate. Also, from history when nations are in a gray area, sometimes they fail and fall into total anarchy or emerge as a great nation. America’s current state of inadequate leadership, a stale government with politicians in office over 30 years, it is difficult to tell where America is going land after this gray area, however, we know the same old no longer works and have stopped working for a long-time.

Sen Sanders suspending his campaign was devastating to his supporters, I am one of them. However, it is more devastating to America because the hope Sen Sanders has for our nation and future generations is now in question. This rebirth period America is in need to have the outcome Sen Sanders has proposed with his commonsense policies which are long overdue. The new America needs to reflect the needs of the current generation, understand the future with policies keeping abreast of the generational changes, a government and a society functioning for the good of everyone.