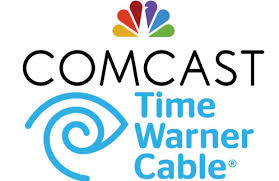 Comcast said it would sell 1.4 million subscribers outright to Charter Communications and spin off 3.5 million subscribers into a separate company co-owned by Comcast and Charter. The complicated transaction, valued at about $20 billion, is contingent on a successful regulatory review of Comcast’s merger with Time Warner Cable. Subscribers affected are in Los Angeles, Dallas, Minneapolis and Detroit, but the companies declined to elaborate on specific plans. In the announcement, Charter said it would become the nation’s second-largest cable operator with 5.7 million subscribers. With its 33 percent ownership in a spinoff company co-owned with Comcast, Charter would have direct and shared control of 8.2 million subscribers. Charter’s president and chief executive, Tom Rutledge, touted the purchase of subscribers as good for consumers and competition in the rapidly consolidating industry.

“From the regulatory perspective, it is difficult to imagine a transaction that could concentrate the industry more than the proposed Comcast merger,” Charter warned Time Warner Cable investors, according to a proxy filing last month with the Securities and Exchange Commission.

“The transactions announced today will provide Charter with greater scale, growth opportunities and improved geographical rationalization of our cable systems, which in turn will drive value for shareholders and more effective customer service,” Rutledge said. He also retreated from earlier warnings about Comcast’s union with Time Warner Cable, a company that Charter had tried to acquire. Charter had warned that Comcast and Time Warner Cable would combine the nation’s top two cable and broadband Internet service providers, giving them too much of an advantage over smaller rivals.