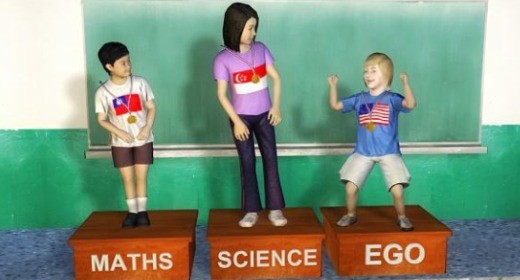 This past week, you have heard or if you listened to the news that American’s high school students are behind in Reading, Math and Science, the most critical areas that are needed in order to keep a nation competitive and innovative. China, Japan, Singapore, and South Korea are the countries that are leading the pack with their high school students scoring above the levels in these subject areas. With the 2014 elections coming up, this issue needs to be a priority, the education system have been declining for many years and it seems that Congress is turning a blind eye to the matter and have not (at least in my opinion) took any action better the education system, A few months ago, I wrote another blog “AMERICA’S GOING DUMB”, and with this latest news, it seem that Congress would began working on fixing this issue.

The U.S. is headed into elections in 2014, it is a good idea for the GOP to take up this issue instead of wasting time on trying to repeal the Affordable Care Act for the hundredth time. This education issue is one that many voters will side with Congress on, parents and teachers are continuously fighting over state of the country’s education system, last year Chicago teachers went on strike, and for many other cities teachers are being furloughed. What should be done to get America’s education system stronger is COOPERATION AMONG TEACHERS, PARENTS, STATE AND LOCAL GOVERNMENTS to become innovative in the classrooms.