Don’t Vote Blue No Matter Who: Nothing Will Fundamentally Change 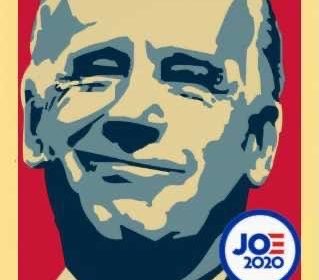 What is empty rhetoric? Well, empty rhetoric is the same overused statements, talking points candidates and their surrogates constantly use as if they are emphasizing a point. Empty rhetoric is saying the same thing without actually saying anything-an example are the former moderate centrists’ neoliberal candidates in the 2020 elections. Mayor Pete, Joe, Amy Klobuchar all stated the same stale talking points without offering any concrete solutions to fix the problems our nation has been fighting for too long.

“Thus far, throughout the 2020 election cycle, all these moderate candidates did not have any concrete detailed policies similar to Senators Elizabeth Warren and Bernie Sanders.”

Time and time again, national moderate centrists neoliberal Democrats consistently fail to grasp that vote blue no matter who does not work when nothing is being offered to fundamentally change. Furthermore, using the top-down approach of empty rhetoric never works when there has been a failure to focus on state and local elections. Sidebar: Isn’t it funny how the centrists moderate neoliberal Democrats shout, “vote blue no matter who”, yet fail to have any substance policies on what they will do and how to implement better policies.

Don’t Vote Blue No Matter Who:

In many of my blogs, I constantly state we are continuing to fight the same old issues which our elected officials in government for over 30 years have failed to solve. From the constant economic woes of working people not being able to afford the basic necessities of life, the overbuilding of un-affordable housing, an increase of going to college, and more service jobs are created where every generation is competing for these low-wage jobs, Democrats have not shown it is worthwhile to vote blue no matter who. Sidebar: all the issues our nation continues to fight, I constantly ask why Democrats have not created and implemented better policies in 50 years to solve these problems-? Yet, the want voters to vote blue no matter who. Nearly every election since the ’70s, Democrats had the opportunity to oppose harmful policies affecting the people, and they failed to illustrate they understand and propose any solutions.

“Sidebar: all the issues our nation continues to fight, I constantly ask why have Democrats have not created and implemented better policies in 50 years to solve these problems?”

The same way we are witnessing the GOP is sticking with the illegitimate President, the same way they welcomed the Tea Party and successfully carried out their god-awful policies is what the Democrats should have done when President Obama was in office but did not. The outcome-the ACA is being dismantled and the Democrats lost seats in the House and Senate and failed to focus on down-ballot races where the GOP dominates. If Democrats want voters to vote blue no matter who, they need to demonstrate what will change.

Throughout the 2020 elections, Democrats illustrate they still don’t get it. Propping up Joe Biden with no policies or ideas to solve our current problems. Consistently ignoring the progressives when they are needed-sidebar: to state this again-the same way the GOP worked with the Tea Party and won elections is an example the Democrats need to use with Progressives. It’s clear Democrats have not learned from the 2016 election where they are repeating the same actions which seems as though Democrats want to lose another election showing noting will change.

Progressive Is the Way to Go!